Rad Cat is a popular brand of premade raw cat food. I’m so glad I tried this brand- I’ve tried it twice actually.

I had been feeding the same brand of premade raw (Nature’s Variety Instinct) for almost 8 years, and was searching for another kind of premade raw that would ideally be higher in protein and lower in fat, and also would be available at one of the local pet stores.

My online research led me to Rad Cat. They have detailed nutritional information on their website, in addition to the ingredient lists for all of the flavors they make.

This was the most important part of my research because when I analyze cat foods, I look for purity in the ingredients and appropriate amounts of macronutrients for cats.

I knew some local stores carried it so I went out and purchased four tubs and luckily, one of the two stores I went to also had some tiny free samples so I took one of each flavor.

I thawed out the samples: beef, chicken, turkey, lamb and venison and then put them all out on plates on the floor. Apparently one of my two cats ate almost all of the samples in one sitting.

She had vomiting and liquid diarrhea for 3 days after that, and wouldn’t eat anything for two of those three days.

“Wow! I guess I won’t be feeding that ever again!” was my gut reaction. It does get frustrating owning cats when there is constantly puke on the carpet. Fortunately for me, she got all of her liquid poops inside of the litter box.

She was fine after force-feeding some canned food and then switching back to their old food. I did keep all of the Rad Cat tubs I had purchased in the freezer.

I couldn’t return it because raw pet foods are considered perishable but I didn’t want to waste it and throw it out. Turns out it’s a good thing I kept it.

Several months later I decided to try it again. It was either that or throw it in the garbage. This time instead of switching cold turkey, I mixed a couple of spoonfuls (about 2-3 ounces) with moist food. That worked!

Both of my cats like the chicken and turkey and have not had any issues.

They can eat it on its own without any gastrointestinal upset but I still mix it with a small amount of canned food because the chicken and turkey varieties are pretty low in fat and my cats seem to beg for food more often if I don’t.

If your cat is overweight, I would just feed a larger portion of Rad Cat instead of mixing with canned food. The general guideline they give you is 1/3 cup per cat for each feeding which is about 3 ounces (90+ calories depending on protein source).

The texture is ground and moderately moist, there aren’t any big chunks and when it’s thawed there is a little bit of liquid. Just stir it up.

It is similar to smooth paté canned foods but is not really firm- it doesn’t hold its shape like foods that have texturizing ingredients. 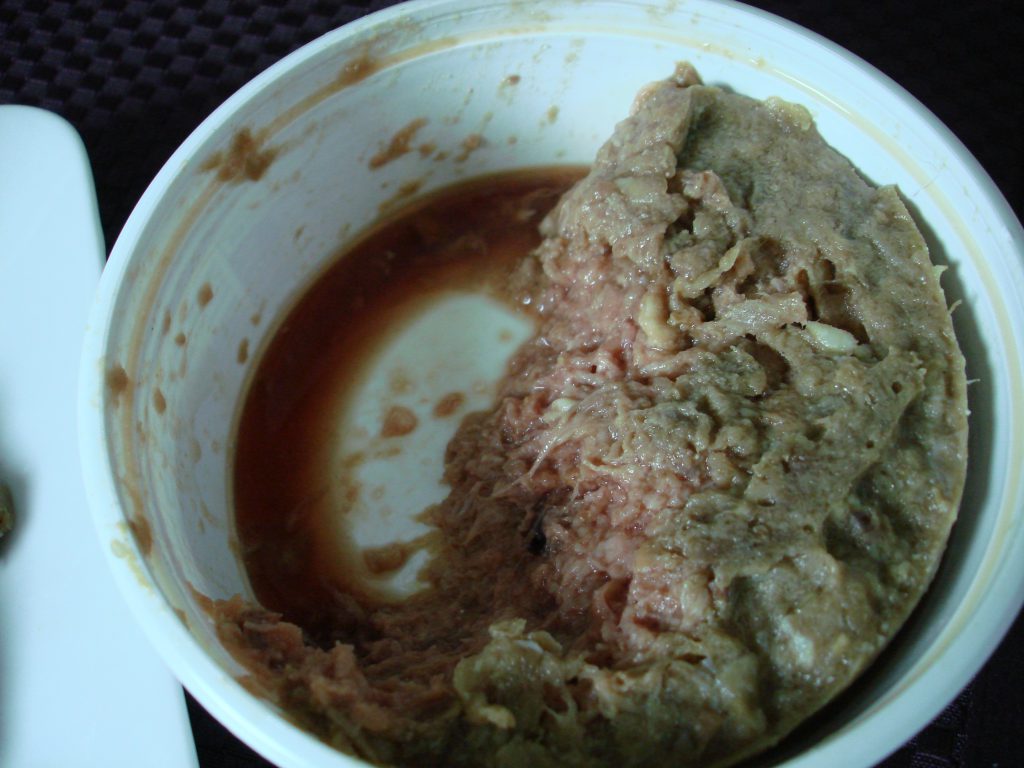 It’s normal to have liquid at the bottom of the container when it is thawed.

Fun fact: Most canned and premade raw pet foods are 50-75% fat! Don’t assume that they are all high in protein.

Here are the details you should know about Rad Cat:

Rad Cat is a small company based in Oregon. They only use the highest quality free range and organic meats. Like many raw food companies, they were inspired by a sick pet.

Where to buy Rad Cat:

You won’t find it at Petco or PetSmart, so check with your local high-end pet food store.

Thaw and serve. I use a large spoon to scoop it out of the container. Putting it on a fancy plate makes it look gourmet 🙂

All flavors are single protein recipes that are dairy-free, fish-free and carrageenan-free. Carrageenan is an ingredient made from seaweed (Irish moss) that is known to cause gastrointestinal problems.

Unfortunately it has become a very popular additive in both pet and people foods- check your almond milk!

If your cat needs to be on a limited ingredient diet, you CAN feed them Rad Cat. Single protein means that there is only one type of animal in the food.

The chicken and turkey flavors are high pressure processed and each batch is tested for E. coli and Salmonella by an independent lab. You can read more about HPP here on their website.

The only thing to be aware of is that they do not use real bone, but gelatin & eggshell powder instead. They also add psyllium, so don’t be surprised if your cat’s poops are voluminous.

Some cats benefit from psyllium when switching to a raw diet, but some cats get their poop out just fine without it.

I love that there are no fruit or vegetable or grain fillers in this food. I will definitely be keeping this brand in my rotation of raw foods for my nuggets.

Would I recommend this to a friend? Hell to the yes!

I’d love to hear about your experience with Rad Cat, please leave a comment below. 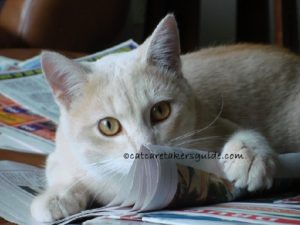 Reading stuff on the internet DOES NOT replace taking your cat to a licensed veterinarian. Regular exams every 6 to 12 months are required to maintain a VCPR (Veterinarian-client-patient-relationship). All info on this site is for educational purposes only.